Women of the Philadelphia Fire Department

August 27, 2020
As we mark the 100th anniversary of the ratification of the 19th amendment, we wanted to take a moment to salute the numerous women who have served the Philadelphia Fire Department in the past and the present.

A Brief History of the Philadelphia Fire Department Matrons

In the early days of the Philadelphia Fire Department a program was in place where the wives or widows of fireman that died or were disabled in the line of duty were hired to clean the dormitories (Bunkrooms) of city fire stations. The official city title was Cleaner but over time they became known as Matrons. In 1942 the official title was changed to Janitress.

These house cleaners were employed dating back to the beginning of the paid Department. The 1872 Fire Department Annual Report shows that there were 28 house cleaners with an average salary of $90.00 per year.

Jane McGukin was the last Janitress (Matron) hired on April 8, 1946. She was assigned to Engine 60, located at 24th & Ritner St. On April 1, 1948 she transferred to the Department of Public Health.

In 1948, with the institution of the three platoon system, the cleaners were no longer needed because, with three shifts of firefighters the bunkroom would not be used. On April 1, 1948 all of the Matrons (Janitress) were transferred to the Department of Public Health. Many Matrons retired rather than being transferred.

We’d like to introduce a few of the many brave and talented women who have made a significant impact in the Philadelphia Fire Department. In 2018, women made up about 12 percent of the approximately 2,600 employees in the department.

The first female dispatcher was hired in 1962, and the first female firefighters joined in 1985. But women have risen to the challenge and continue to distinguish themselves across the department. Here are a few women you should know in the PFD.

Capt. April Smallwood: As the PFD’s Infection Control Officer, Smallwood helps members protect themselves from infectious diseases that could be encountered on the job. Smallwood, a registered nurse, has been with the department for 20 years and previously worked in the field as a paramedic. Captain Smallwood was named EMS Provider of the Year in 2020.

Capt. Tabitha Boyle: As Deputy Director of EMS Training at the Fire Academy, Boyle helps to oversee both cadet classes and continuing medical education for the entire PFD. Boyle, a paramedic who holds a nursing degree, also works as a team nurse for a professional football organization and attends practices and all games.

Lt. Tina Peterson: Now in her 17th year with the PFD, Peterson currently serves as the only female investigator in the Fire Marshal’s Office, which determines the cause and origin of fires. She joined the department with her brother and previously worked at an engine company, at the Fire Academy, and for the Fire Prevention and Recruitment units.

Assistant Deputy Commissioner Crystal Yates: A 22-year PFD veteran, Yates is the first African-American woman promoted to paramedic chief. She became an assistant deputy commissioner in 2017 and is currently the highest-ranking uniformed woman in the department. She has two adult children.

Paramedic Colleen Andrejczak: With 31 years on the job, Andrejczak is the Fire Department’s longest-tenured female paramedic and was part of the city’s first all-female ambulance crew from 1997 to 2001. A pair of shoes she wore as part of her PFD uniform have been donated to an upcoming exhibit at Temple University’s Shoe Museum called “Shoes of Those Who Serve.”

Firefighter Donna Garrett: With certifications in high-angle rescue, trench collapse, structural collapse, swiftwater rescue, and confined space rescue, Garrett is the first woman to work at Rescue 1. Members assigned to this company undergo specialized training and respond to emergencies citywide. Garrett has been with the PFD since 2003 and has worked at Rescue 1 for about three years.

Firefighter Karen McLaughlin: Because of her background as a personal trainer, McLaughlin was asked to join the staff of the Fire Academy to help recruits get into shape. After working as an instructor for Class 194, she became the coordinator of physical training for Class 195 – the first woman to serve in that role for a firefighter cadet class. McLaughlin joined the PFD in 2014 and previously worked at two engine companies.

Deputy Chief Diane Schweizer: Schweizer was the first woman ever to serve as a deputy commissioner, and as a paramedic she became the PFD’s first-ever female chief. With 25 years on the job, she remains the only female deputy chief in the field today.

Battalion Chief Linda Long: Long became Philadelphia’s first female fire chief in 2017. She first worked in EMS — eventually being promoted to paramedic chief — before returning to the Fire Academy as a 39-year-old firefighter recruit. Long, a mom and grandmom, rose through the ranks and now oversees Battalion 9 in Germantown. She now works as a Battalion Chief in the Fire Communications Center. 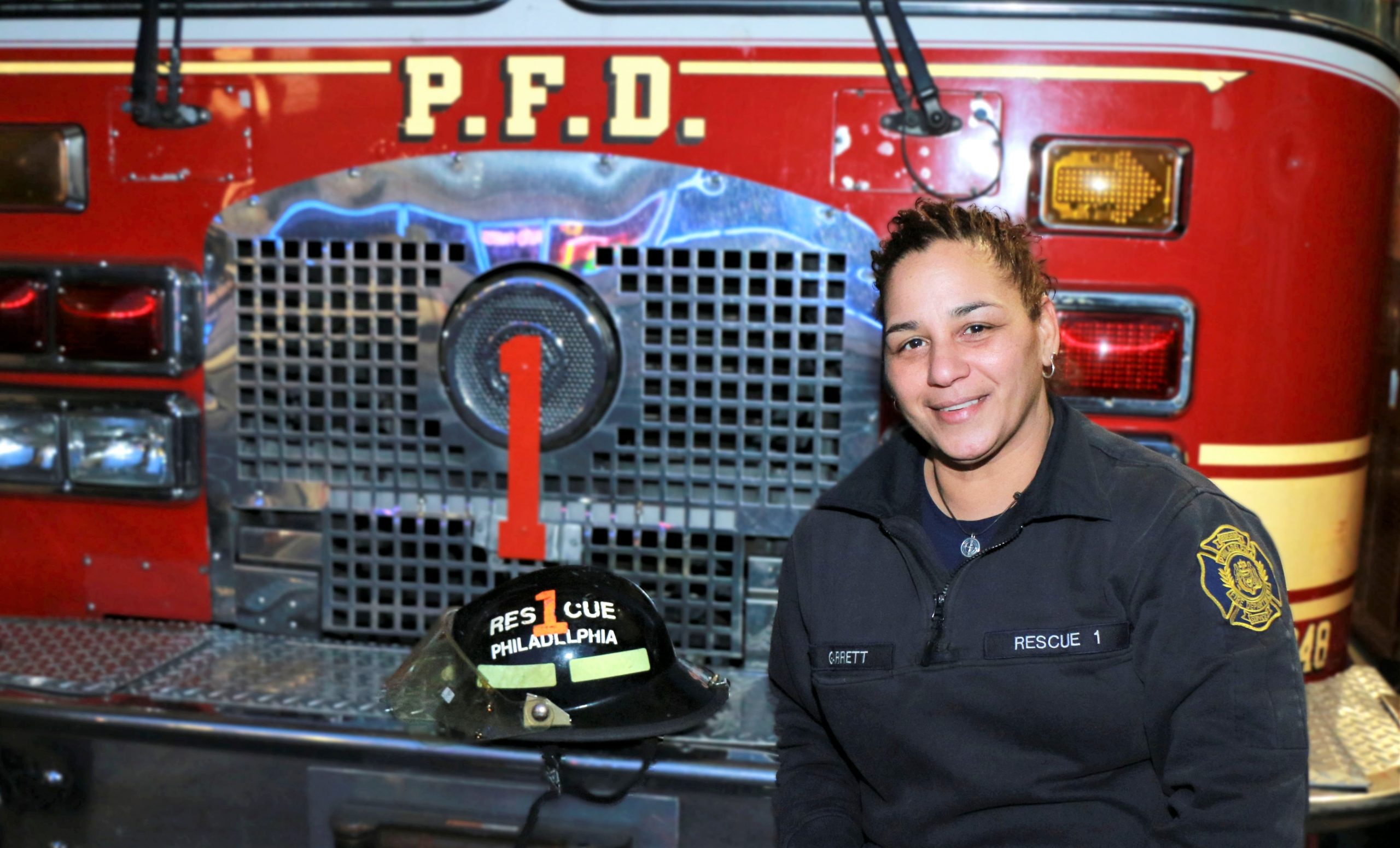 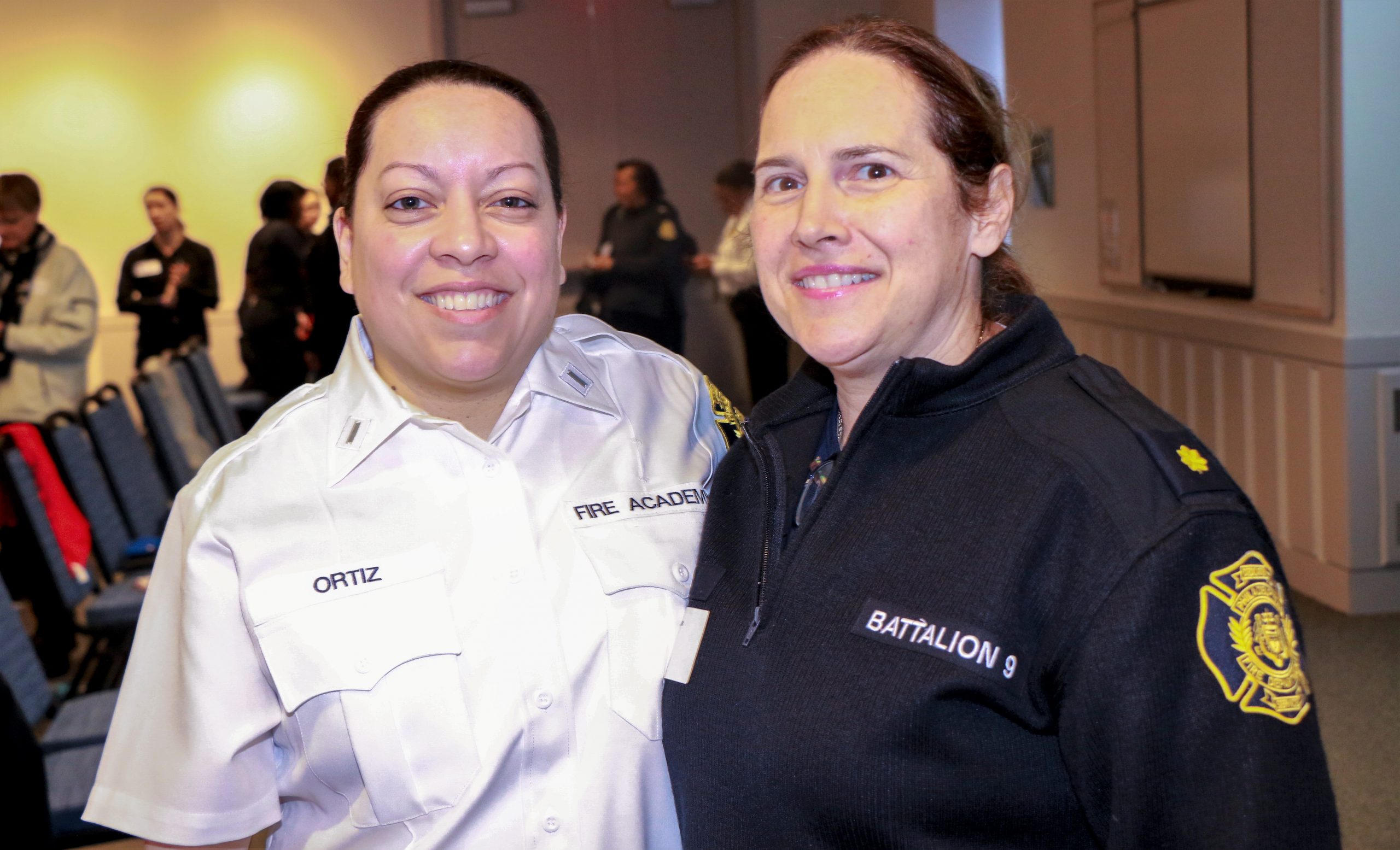 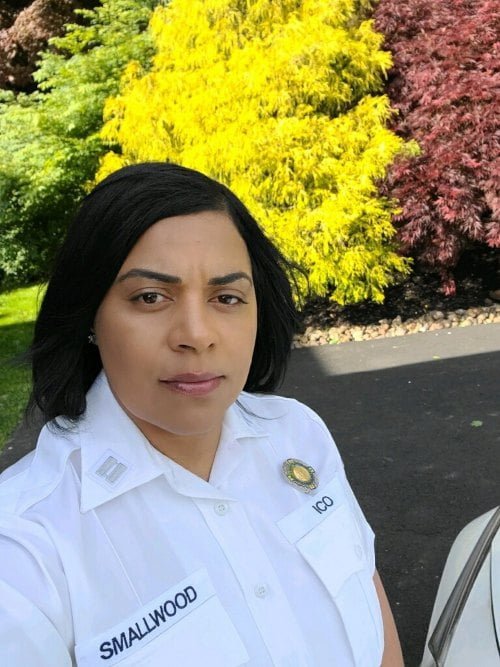 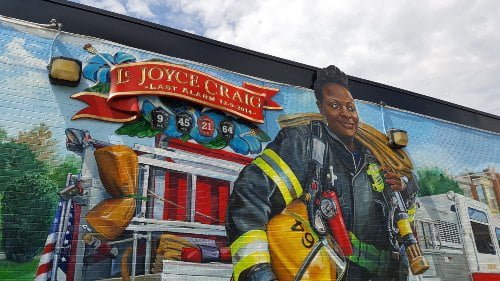 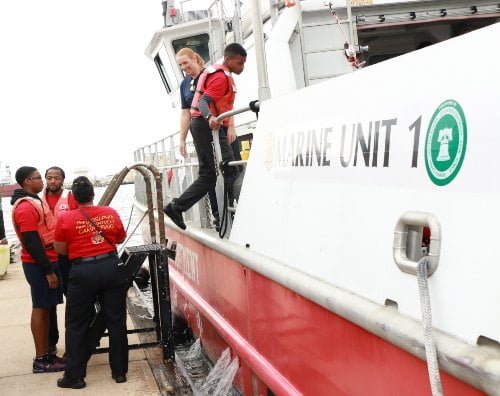 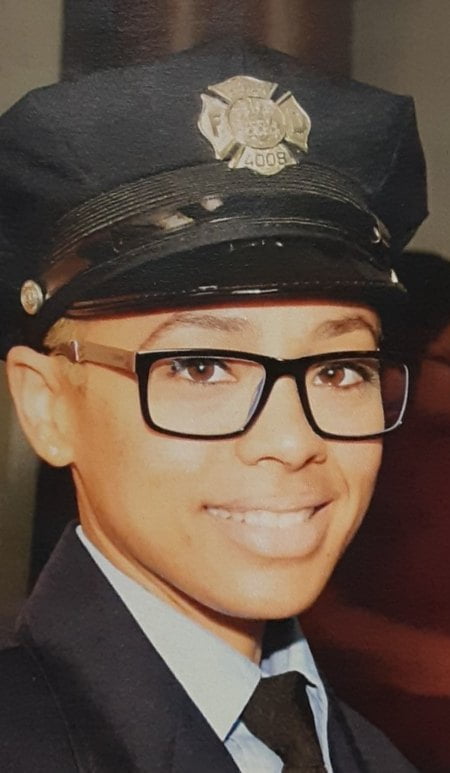 Battalion Chief Lisa Forrest: Forrest is the first African-American woman promoted to fire captain and the first to serve as president of Club Valiants, the organization for black firefighters, paramedics and EMTs. She’s now stationed at Ladder 24 and has 16 years on the job.

Lt. Diane Mercer (Retired): One of the first three women hired by the PFD in 1985, Mercer spent most of her career in the Fire Prevention Division. She spent her last years with the department in the Fire Code Unit. Before joining the department, she served in the Navy as an air-traffic controller.

Lt. Joyce Craig: Craig had 11 years on the job when she tragically became the first female PFD member to die in the line of duty in December 2014. The mother of two is memorialized in a mural at the Lawncrest Free Library.

Capt. Cecilia Ortiz: Ortiz joined the PFD in 2005 and spent eight years in the field. She currently serves as an instructor and certification officer at the Fire Academy. In 2012, Ortiz helped launch the Fire Explorers program for young adults interested in careers in fire service or EMS. She currently works in the recruitment unit.

Firefighter Jen Leary: Leary has worked for the PFD for nine years. Her experience at fire scenes led her to create the Red Paw Emergency Relief Team, which helps pets displaced by fires and other disasters. She’s also vice president of the new PFD Foundation.

This information was originally compiled by the PFD and updated, August 2020.